A few years ago we surprised our two boys with a fun trip to Disneyland. My mom had planned a surprise trip for me and my brother as kids and we wanted to do the same. It was so much fun, and I had such a great time planning it.  Our boys had previously been to Disneyland once before but the trip was cut short after only half a day since my son who was there for his 5th birthday got sick and we had to leave. So this trip was sort of a re-do trip, and it was perfect. Here are all the details and my tips and tricks for Our Surprise Disneyland Trip!
We had such a great trip together as a family, it’s not something that happens often and when it goes so well it’s the best! Our boys had no idea that we were even going on vacation, so when we were able to make it all the way to the hotel in California without spilling the beans I knew it was going to be awesome. I was able to sneak into the hotel room first while my hubby distracted the boys at the car, I placed a couple small gifts and a fun note that I printed ahead of time from Mickey & Minnie. Then we all went into the room together. 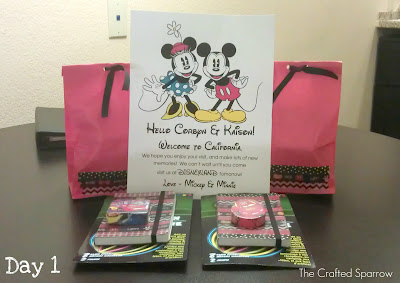 TIP:
In the weeks leading up to our trip, I had begun to prepare gifts and items for the boys.  I did this mostly to save money, but I thought it would hold more sentiment in the long run as well. I went to stores like Dollar Tree, 99 Cent Only, Target, and Walmart looking for Disney themed items they’d love. I also included things like glow sticks for the nights we were at the parks. I used these items to create three separate gift bags to have Mickey & Minnie leave in the room each day for the boys (Mom or Dad had to sneak it to the room when they weren’t looking). Preparing these gifts ahead of time helped to ward off a ton of “I wants” while at Disneyland.  It worked so well.  We let the boys look at shops and souvenirs while at the two parks each day but made it clear that they each had a certain dollar amount to spend on the last day there on the item/s of their choice.
I also created a Washi Tape Autograph Book for each boy to use while at the two parks so they could collect the characters signatures. It’s something they can save for each trip they make and add to, and in their memory boxes if they want. 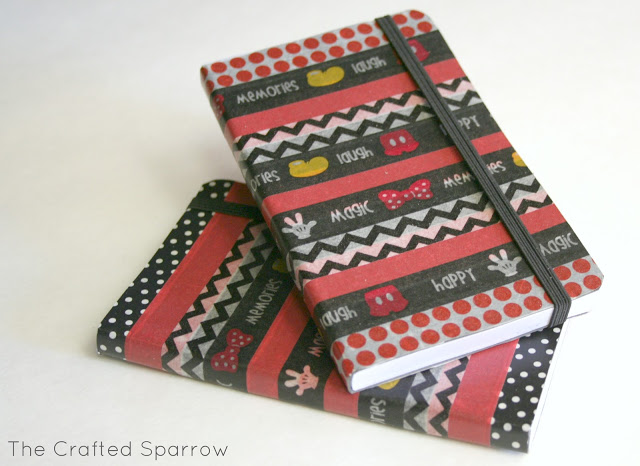 I also made a fun “Mouse Stache” T-shirt for them to wear, it was a huge hit with staff at the park. I was able to find some other vintage inspired Disney shirts at local Target and Walmart stores as well. It’s so much more budget friendly to buy shirts ahead of time rather than at the park. 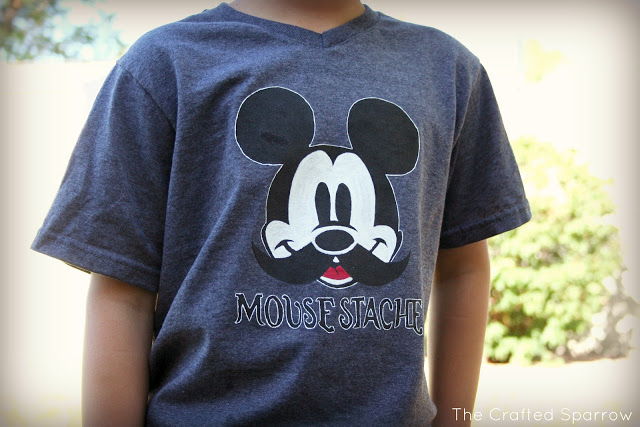 When we plan our vacations we typically go through Get Away Today and it’s always perfect.  For this trip we stayed at the Radisson Suites Hotel in Buena Park, it was a 10-minute drive from Disneyland.  We will definitely stay at this Hotel again if we have the choice. It was always clean, and we loved the hotel. One of our favorite things to look for when booking a hotel is full breakfast to be included. This is a huge money saver and keeps everyone going until lunch while walking through the parks. We also bring snacks like string cheese, pb & J and bread for making sandwiches for lunch, bagels and cream cheese, crackers / chips, etc… Since the rooms have mini fridges it’s great.

Want to book your own trip through Get Away Today? Be sure to use code: SPARROW to receive $10 off your package.
We also brought water bottle for the kiddo’s. I found these little ones at a dollar store and personalized them with vinyl in the Disney font, they loved them. You can stop at any restaurant or food vendor at the parks and they can fill your bottles with ice and water for free. 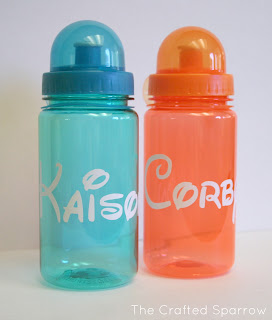 The second-day gifts included a small plush stuffed Goofy & Mickey I found at Walmart and two Disney mini figures for each boy. 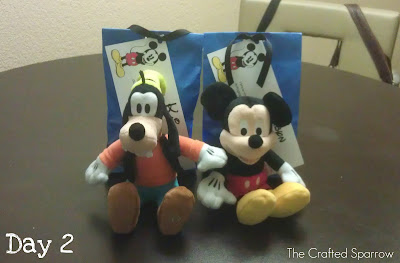 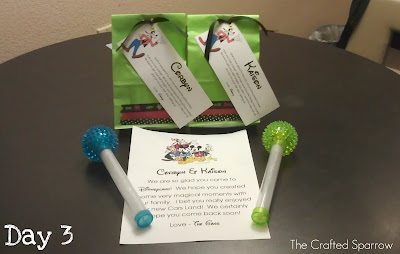 I also made some “Pressed Penny Money” for each boy to start collecting.  I bought a couple mini M&M tubes from the store (ate the M&M’s) then made labels for the tubes.  I’ve also seen similar tubes at Joann Fabric and Crafts Stores in the sewing section. I filled the tubes with pennies and quarters.  They had a blast collecting them throughout the parks, and each time we go they can collect more. Someday I will do something fun with the coins. 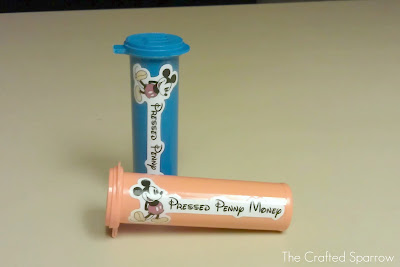 OTHER HELPFUL TIPS:
Hit up your local Disney store where you live and buy up a bunch of collectors pins that are cheap or on clearance.  Put them on a lanyard for the child to wear while at the parks, if they see a cast member who has a pin they want (as long as the cast member doesn’t already have that pin) they must trade them.  If you book a trip through Get Away Today they usually send a lanyard for each paid park ticket.
We ate at only one restaurant while in the parks for a full meal, it was in Frontierland and it was the Mexican restaurant called Rancho Del Zocalo.  From what I read it was one of the only restaurants worth the money and gave you the best value.  I totally agree.  Not the best mexican food I’ve had by any means, but it was still great and great portions.  Prices were in the $10 range for a full plate of food and a great place to sit and eat.  The only other things we had to eat were the Dole Whips of course, and corn dogs from the Corn Dog Castle in California Adventures. Seriously so good, they are a must!  If you’re a fan of Turkey Legs, OH MY HEAVENS!  The best were the best we’ve ever had. Other than that we took lots of snacks, and bottled water in with us.
If you’re traveling with small children it’s easy for them to get separated in large crowds. Be sure to place a business card with your phone numbers on it in their pockets and let them know to give it to a cast member or adult if they get lost. You can also dress everyone in the same colored shirts each day, this will help if you need to remember what they are wearing that day.
The only things we bought as souvenirs for the boys were their first set of ears. There is something so special about that first set. 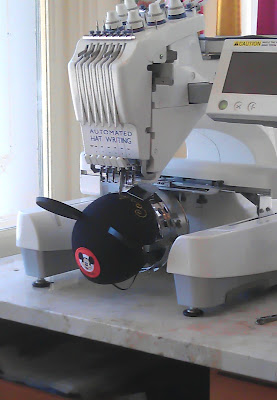 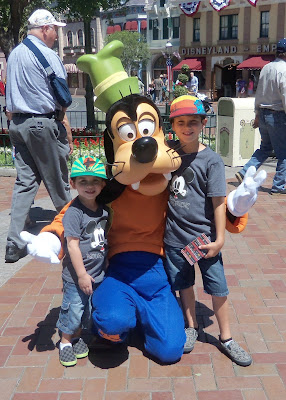 DISCLOSURE  |  This post and ideas are 100% my own. This post may contain affiliate links, but it is not sponsored by Get Away Today.