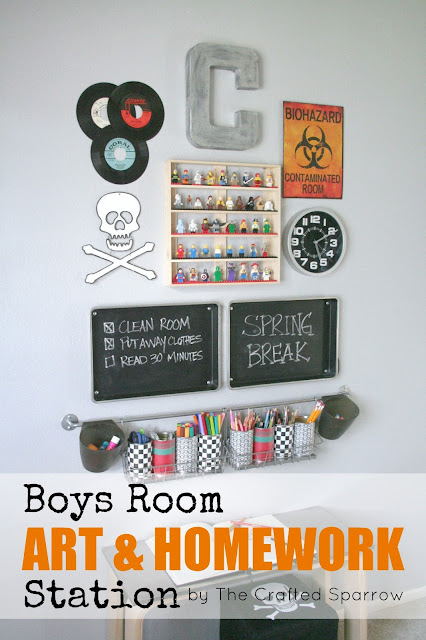 Today I’m sharing the second part of my son’s room makeover – A Boys Room Art & Homework Station.  Now that he’s almost 9 years old I knew he needed his own spot to be creative and get homework done.  He’s sort of a jack of all trades kind of kid…loves listening to music, sports, drawing (makes this momma proud), and he still loves his Lego’s of course.  So when designing this spot in his room I knew I wanted it to be fun and one of the main focal points in his room. 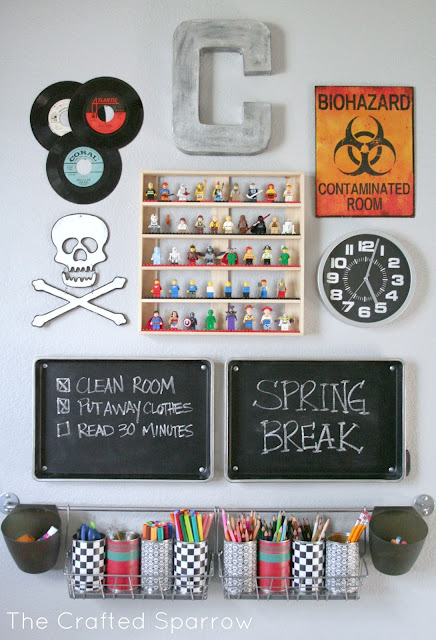 The first thing I created was the storage that hangs on the wall.  I bought a bar from Ikea and the awesome hanging baskets that coordinate with the bar.  The bar was I think $3.99 or something close to that, and the hanging baskets were $2.99 each.  The small plastic containers on the sides were $1 at Ikea as well.  I took some tin cans and covered them with scrapbook paper.  I first covered the scrapbook paper in clear contact paper so it would stay protected and last a long time on the cans.  Then I hot glued it like a wrapper on to the cans.  I also used a bit of washi tape to add a little color to the red cans.
I then added a large paper mache “C” that I painted, it’s from Joanns.  The clock was $5 at Walmart.  The “Biohazard” sign was from Hobby Lobby.  And the records were from Goodwill (don’t look at the titles, they will make you laugh…but the colors were perfect, so I might recreate some labels later). 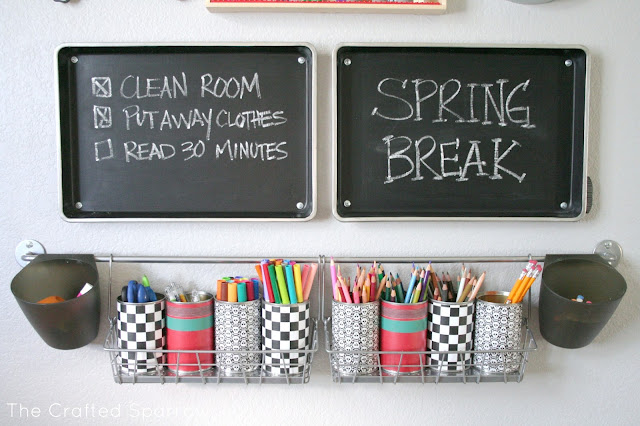 I filled the cans with pencils for homework, colored pencils (which happen to be from my enormous pencil collection from High School art classes, I guess you could call them vintage), markers in skinny and fat sizes, pens, scissors and hole punches, glue sticks, chalk, and a mini stapler – tape dispenser – pencil sharpener. 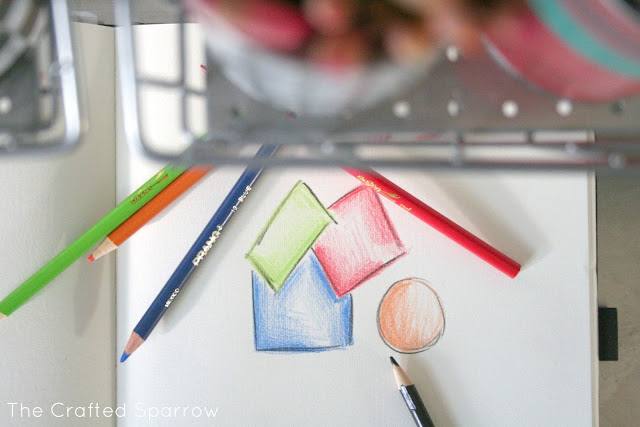 One thing that hangs on the wall that my son loves is this Lego Mini-figure Display shelf that his Uncle built him last year for his birthday.  I had asked my brother to build me something simple that would coordinate with his room and he came up with this.  It’s perfect and has plenty of storage for his favorite mini-figures.  The tutorial for this will be up tomorrow! 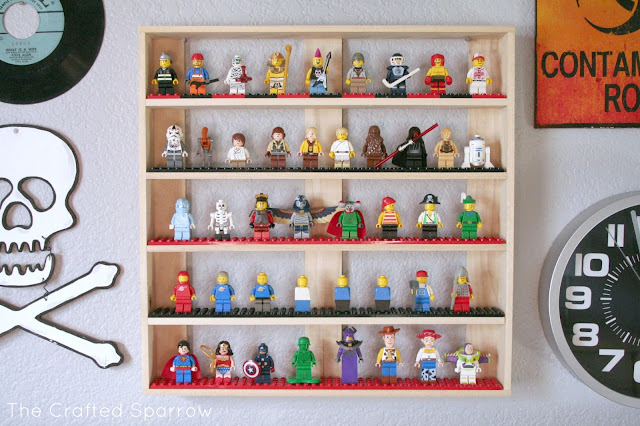 The skull and crossbones on the wall are one of the only things I saved from his previous room design which was beach themed.  We love skulls.  You can see a similar skull print on the ottomans under the desk that I created using a freezer paper stencil seen HERE.  The desk was a stainless steel cabinet door from Ikea several years ago, that’s where the legs were from too.  I think in total it cost me around $10 to make.  The stools were from Ross a few years back and I made the slipcovers.  It’s perfect for him now, but I know someday soon I will need to make things taller for this growing boy. 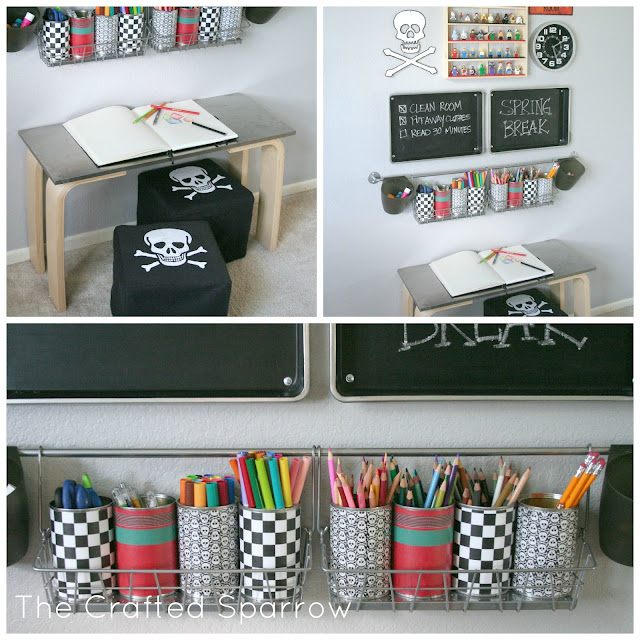 Like those chalkboards?  Stay tuned for that tutorial as well. 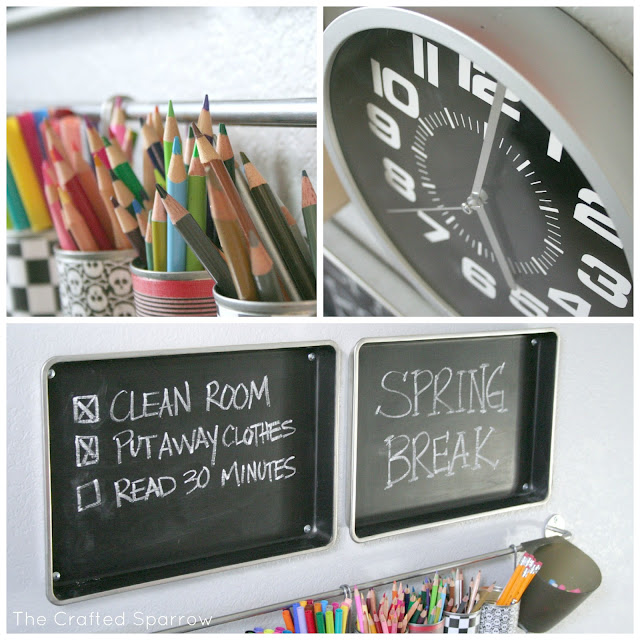 I’m pretty happy with how this spot turned out.  I love the colors.  Most importantly my son loves it.